Mečiar versus Sámel: The story as i perceive and understand it

“Unforgivable, unjustified. It can never be forgotten.”

These are the comments of Fedor Gál (the leader of Verejnosť proti násiliu (Public Against Violence/ henceforth VPN)) regarding the story of my great-grandmother’s brother, Andrej Sámel. My family has not forgotten – my grandmother even found news articles including his quotes.

The Velvet Revolution and split of Czechoslovakia 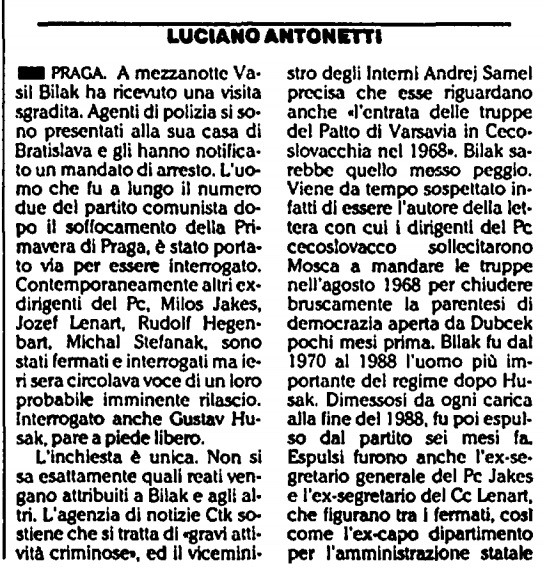 How I became a child again

Changing from “I'm convinced that” through “I think that” to “I'm thinking about”.

The protest at Letná is the biggest demonstration against the government since 1989's Velvet Revolution.

A real pan-European political party? A single program, an individual membership, one financing and one headquarters?